During the month of Nissan, as spring approaches, we can recite Birkat Ha'Ilanot which is a special Bracha for seeing fruit trees in blossom and can only be made once a year.[1] 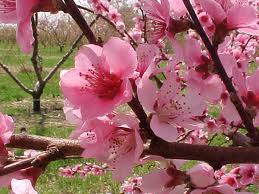 Seeing the Trees through Glass or a Video