From Halachipedia
(Redirected from Harchakot) 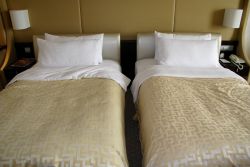 Harchakot (Hebrew: הרחקות, tran. separations) are supplementary Rabbinic restrictions intended to prevent a couple from excessive intimacy which could lead them to biblically forbidden conduct during the niddah period. Couples tend to have a certain level of familiarity, routine, and habitual rapport, therefore, the Sages - with their psychological understanding and insight - saw the need for these additional restrictions. Accordingly, these precautions only apply to married couples and does not pertain to interactions with women whom a man invariably may not touch.[1]

These precautions commence with the wife's menstruation and extend until the culmination of her purification process: immersion.[2] This prohibition remains even if a woman reached menopause, when she no longer experiences menstrual cycles, and in the past has not followed the requisite steps to purification; she must unfetter herself with a count of hefsek taharah, seven clean days, and immersion.[3]

Harchakot of Eating and Food

Eating at the Same Table

Eating from the Same Plate

Drinking or Eating a Spouse's Leftovers

Pouring Water for the Husband to Wash With

A Niddah Going to Shul and Cemeteries