Pas Haba BeKisnin is a Talmudic term used to describe a certain type of snack food and in general this includes most of our cakes and cookies. The Bracha for these types of foods depends on whether it's eaten as a snack or a meal. For the precise definitions and laws see further. For background see footnotes. 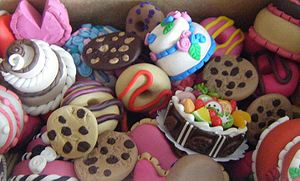 The Bracha of Pas Haba Bekisnin

When Pas Haba Bekisnin is eaten with other foods

Other laws of a meal of Pas HaBah BeKisnin

NOTE: This next section is assuming that the shiur keviyut seuda is 8 kezayitim, which is true for sephardim, however, for ashkenazim it's different. 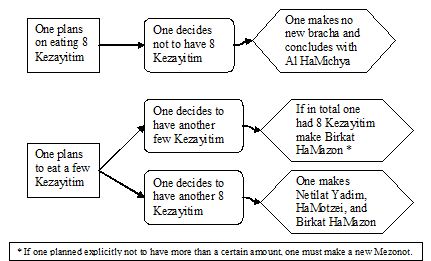 What is Pas Haba Bikisnin?

The Shulchan Aruch (168:7) rules that there are three definitions of Pas Haba Bikisnin. The S”A 168:8 rules all three opinions. One therefore makes a Mezonot when eating an item that falls into one of the three categories:

If the food is meant to fill

Making a meal on Mezonot