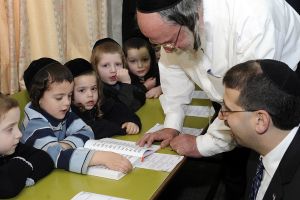 There is a mitzvah to learn the parsha that the congregation is reading each week on Shabbat. This study is done by Jews all around the world on a consistent basis and they complete the Torah annually. The proscribed study including learning the text of the parsha twice and once with Targum or Rashi.

What Pesukim and What Targum?

How should one read it?

Order of Mikra and Targum

When Should it Be Read

Days of the Week