The mitzva of tevilat keilim is often compared to the conversion of a Gentile to Judaism - just as a conversion to Judaism requires immersion in a mikva, so too a utensil which "converts" from Gentile to Jewish ownership requires immersion, as well. [3] One is not required to immerse utensils which one borrows from a non-Jew. [4]As we will see, the mitzva of tevilat keilim generally applies only to metal and glass utensils. 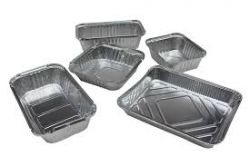