From Halachipedia
(Redirected from Time and Duration of Sleep) 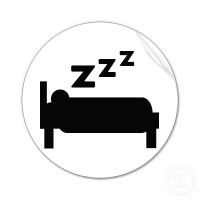 The Torah attributes significance to all of a person's daily actions[1] and there are halachic guidelines on how a Jew should conduct himself from the time he wakes up until he goes to sleep.[2] See a closely related topic Bedtime Shema for the halachos regarding saying Shema before going to sleep.

Time to Go to Sleep

Sleeping Alone in a Room

Sleeping in Shul or Bet Midrash

See Respecting the sanctity of the Shul.

Correct Position to Sleep In

Clothes to Wear to Sleep

Sleeping during the Day

Placing Items under a Bed