From Halachipedia
(Redirected from Kavod Habriyot) 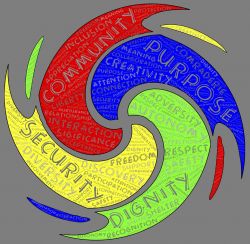 Kavod Habriyot (Hebrew:כבוד הבריות, tran. respect for creations) is the virtue of respecting human dignity and their basic needs. Protecting a person's human dignity is critical in Torah because of the sanctity of man. The obligation to protect the dignity of others and oneself sometimes allows certain leniencies in halacha that otherwise wouldn't be allowed.[1]

Making a Bracha to Avoid Embarrassment

Human Dignity in the Face of Pride of Torah Observance