From Halachipedia
(Redirected from Simchas torah) 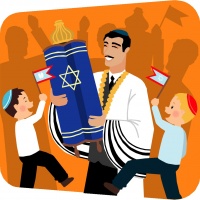 Everyone Getting an Aliyah