From Halachipedia
(Redirected from Latest time for Shema)

Shema is a pasuk in Torah (Devarim 6:4) which states that God is one. The oneness of Hashem is true on many levels beginning with the fundamental idea that He is singular, but is also true that He is unique as well as that He is indivisible, and it is even true on a deeper level that he is all encompassing of everything that exists. Every male Jew has a mitzvah to recite this pasuk twice daily to declare and confirm his faith in the oneness of God.

Can one say Shema at Olot HaShachar?

Making up Shema after the entire day passes

The time of the Magen Avraham and Gra

Doing a task at the time of Kriyat Shema 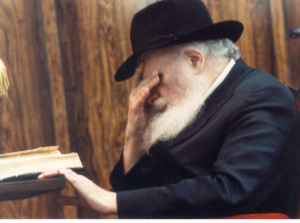 How Kriyat Shema is to be Read

Kissing Tefillin and Tzitzit during Shema

Kavana one needs for Shema