From Halachipedia
(Redirected from Sefirat Haomer) 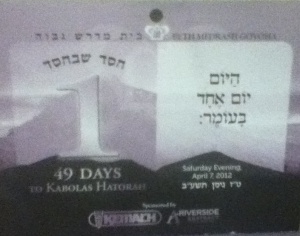 Counting the Wrong Day of the Omer

Prohibited Practices during the Sefirat HaOmer

The practice is to observe certain practices of mourning during the Sefirah because the 24,000 students of Rabbi Akiva died during this time. [63]